Be aware that this fandom site isn't spoiler free. There are some contents that the webtoon hasn't revealed yet.

Welcome to Save Me Wiki!

Welcome to the Save Me, a Wiki dedicated to everything about the manhwa Save Me that anyone can edit. Please help us by creating or editing any of our articles! To edit articles, you must login or register to wikia.

We currently have 641 edits to 35 articles and 69 images on this wiki.

The Most Beautiful Moment in Life pt. 0: Save Me 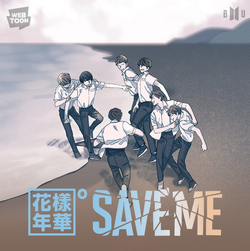 Hwa Yang Yeon Hwa <Save Me> (화양연화 pt.0 <Save Me>, lit. "The Most Beautiful Moment in Life, part 0 <Save Me>") which is shortened as Save Me is a Korean webtoon series written by Big Hit Entertainment and illustrated by LICO. Individual chapters have been serialized in LINE WEBTOONEN and NAVER WEBTOONKO which will be releasing one episode per week until April 11. The series is released in countries like Korea, US, Japan, China, Taiwan, Thailand and Indonesia starting from January 17 (KST). As of 2019, there are 4 released uncounted the paid chapters. The manhwa was inspired by BTS Music Videos and songs spanning from HYYH album to LOVE YOURSELF series which was first introduced in a form of diary entries on their albums called "The Notes". The series was not only released in Korean and English but offers translations of the series on 27 more languages.[1] On January 7, Big Hit Entertainment made an addition to BTS’s BU (Bangtan Universe) storyline with the appearance of a Twitter account called “Smeraldo Books.” Smeraldo Books releases hints about the characters in a form of diary entries. Seven boys. Best friends. Their fates intertwined through the good times together, but also the tough times, as they have gone their separate ways and suffered greatly as a result. When all is almost lost for these boys, one is given a special chance to go back in time and help his friends fix the mistakes that led them down this path. He’ll do anything to save them, but can he? Or is he too late?
Characters 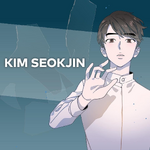 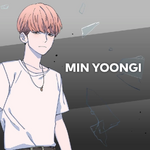 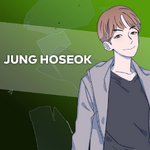 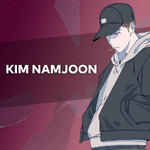 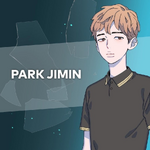 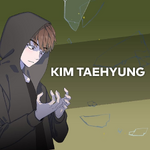 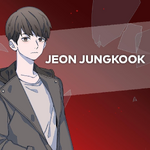 Featured Articles
Related Links
Family Wikis
Friendly Wikis
If you would like to affiliate with us, please contact an admin
Quote of the Day
Latest Chapter
The Most Beautiful Moment in Life <SAVE ME> Chapter 5

Community content is available under CC-BY-SA unless otherwise noted.
Advertisement